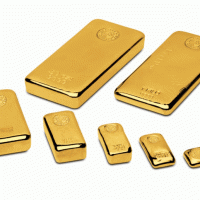 Gold Yellow shining metal is losing charm now. Gold price in India is affected badly due to increase in import duty and weakness in rupee price. Current demand of gold is weak and majority of people are waiting for price correction.

35000 Rs/- bubble is blast and gold was unable to reach to that price. Many investor has invested believing that price of 10 gm gold will reach to 35000 Rs/- or above but bad luck. So now million dollar question is what will be gold price in 2014? Gold price will increase?  We should invest in gold now? We are here with answer.

Gold prices are likely to contract further in 2014, after dropping for the first time in more than a decade this year. This Gold price drop will continue in 2014. This is said by majority of gold analysts.

Gold tumble 19 percent in 2013 after rallying for 12 years as investors sold the metal at record pace.

“Gold prices will decline further into 2014 on the back of acceleration in U.S. activity and a less accommodative monetary-policy stance,” the analysts wrote. (Source)

Gold price remains bearish over the medium-term, due to likely higher real interest rates/growth in the US, slower demand from emerging markets (most notably India), elevated holdings by exchange-traded funds (ETFs), as well as gradually tightening US monetary policy. Accordingly, it sees 20% potential falls from current prices by end-2014.

In an update to its Gold Survey 2013, Thomson Reuters GFMS said the market could beat a retreat below $1,300 towards the end of 2014 as U.S. monetary stimulus is withdrawn, fuelling talk of rising interest rates.

So if you are planning to buy large amount of gold only for investment please wait as gold price is about to fall in 2014.